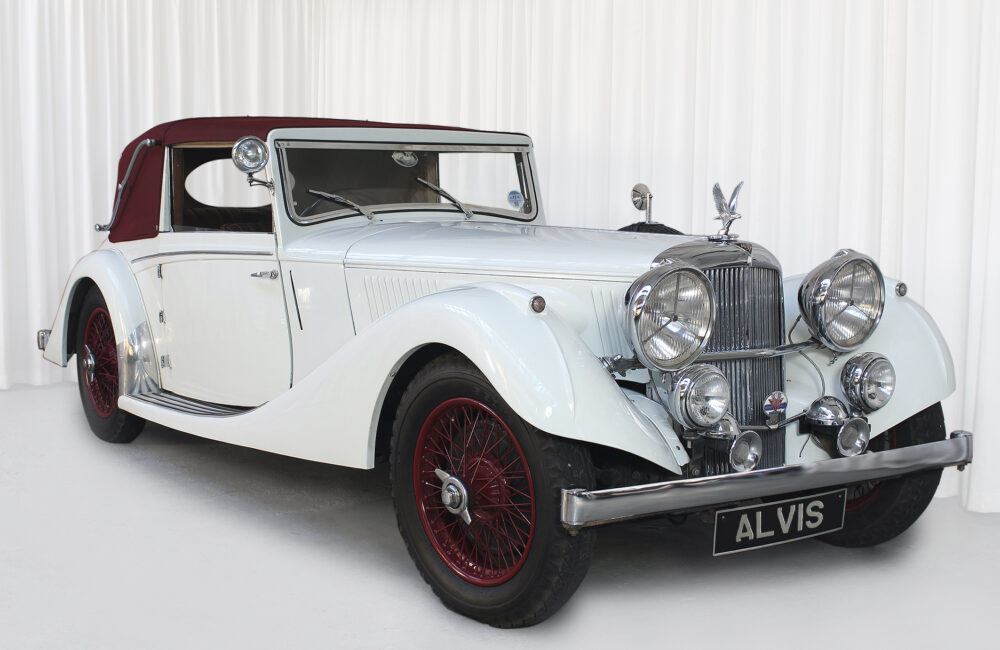 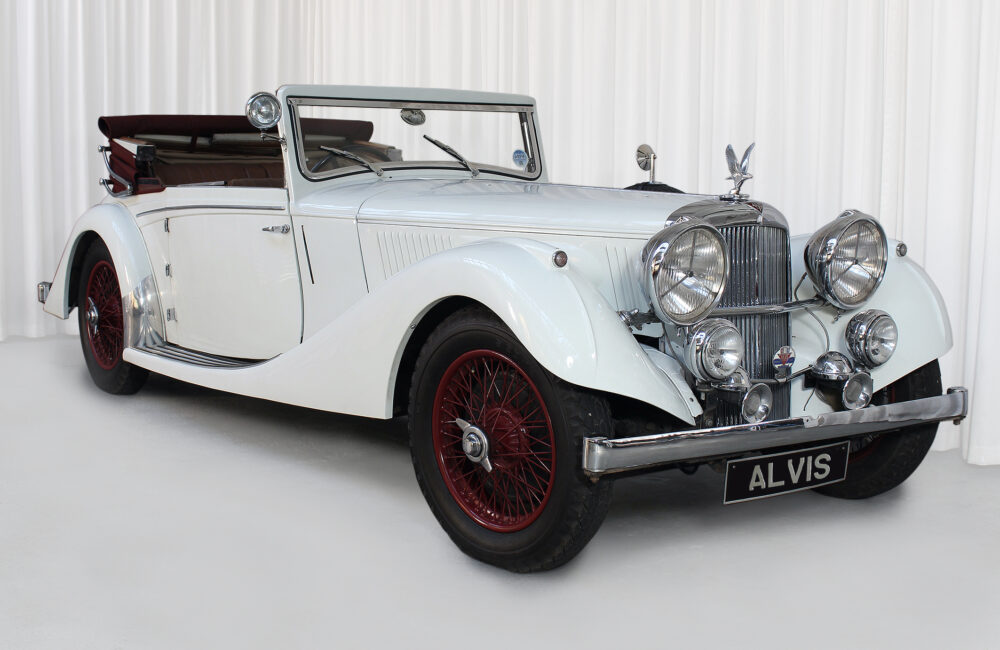 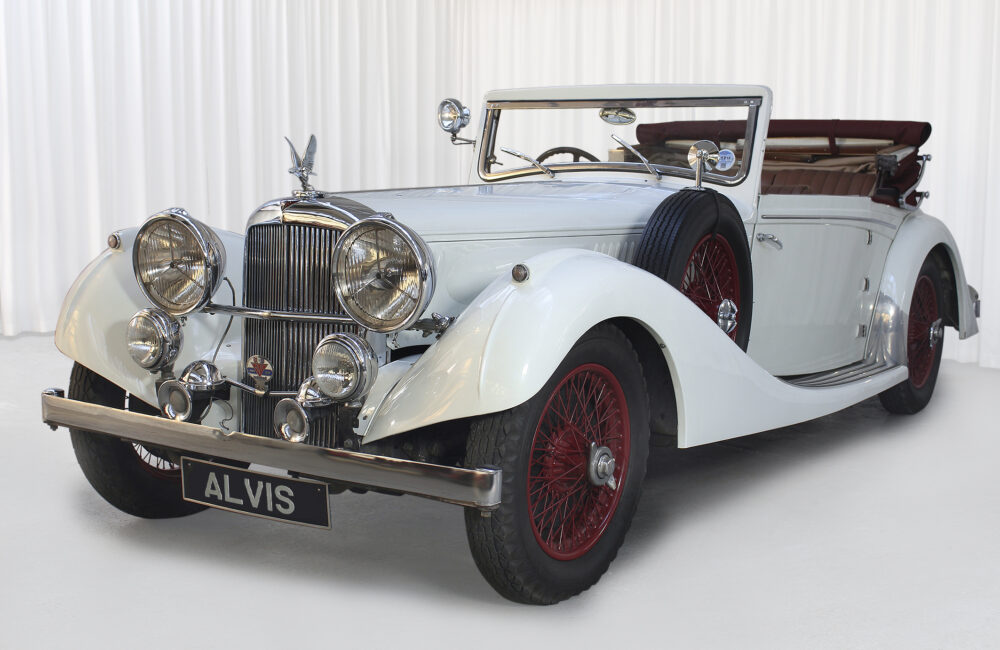 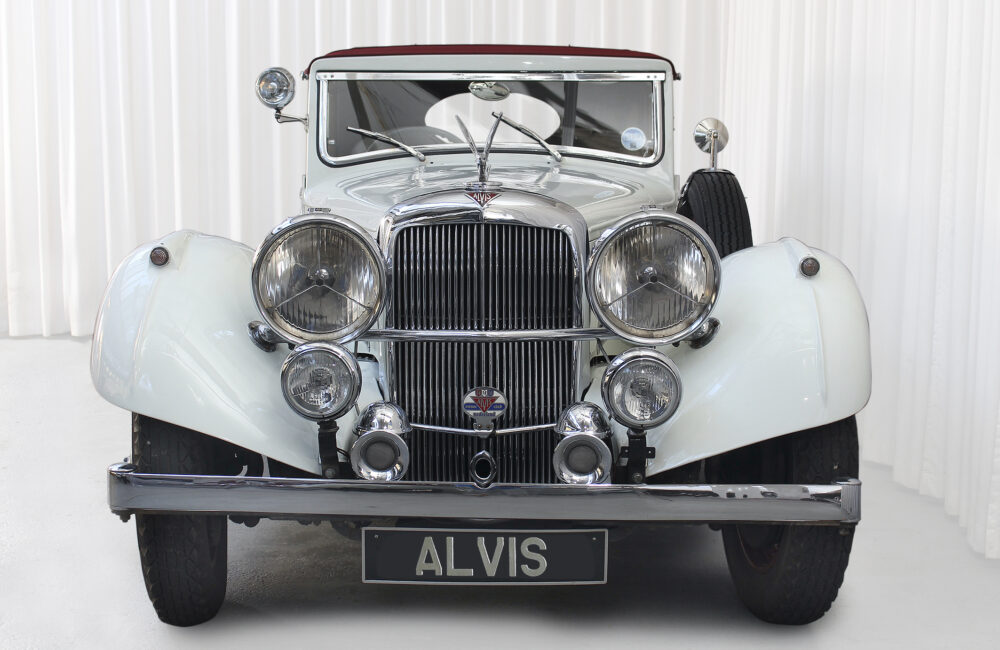 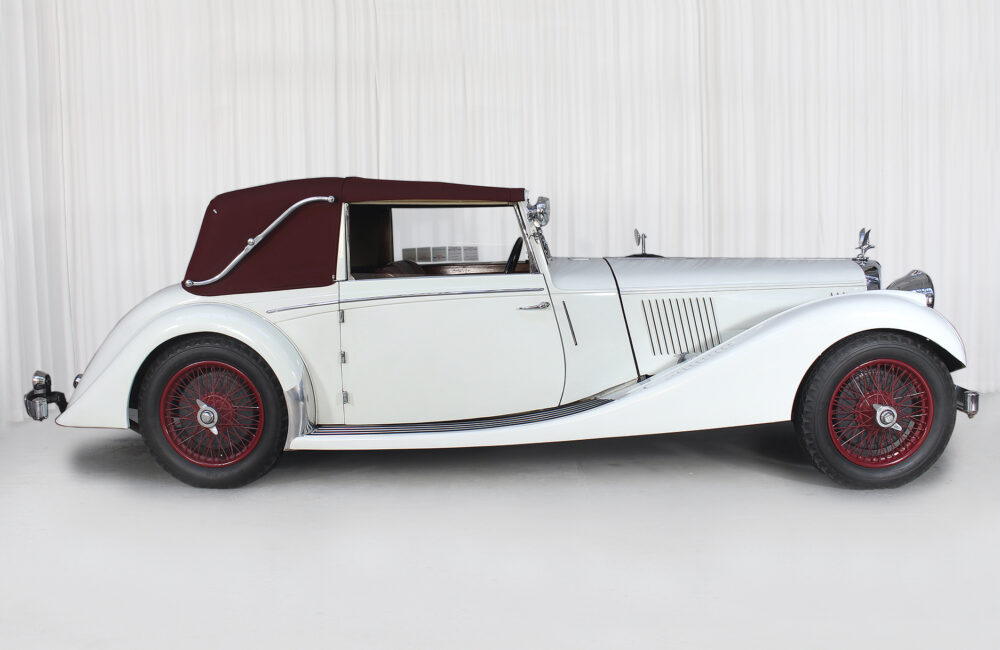 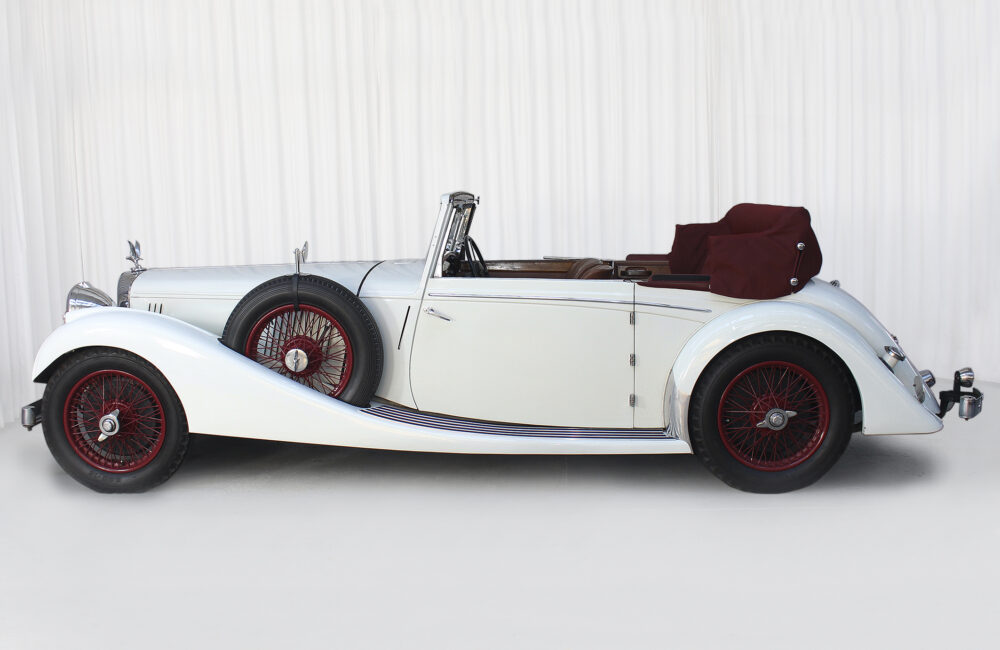 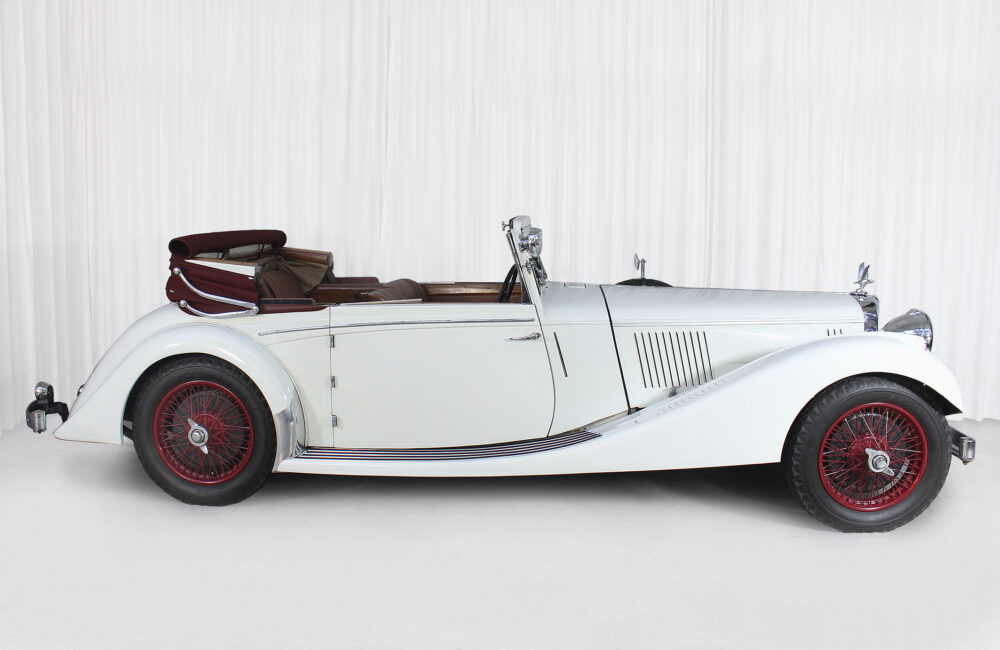 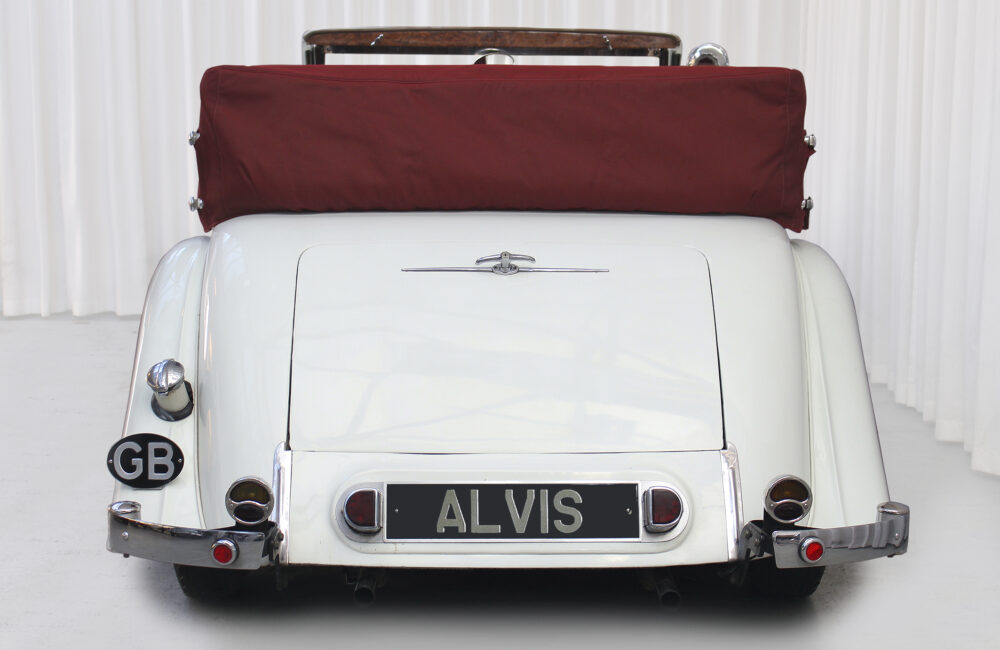 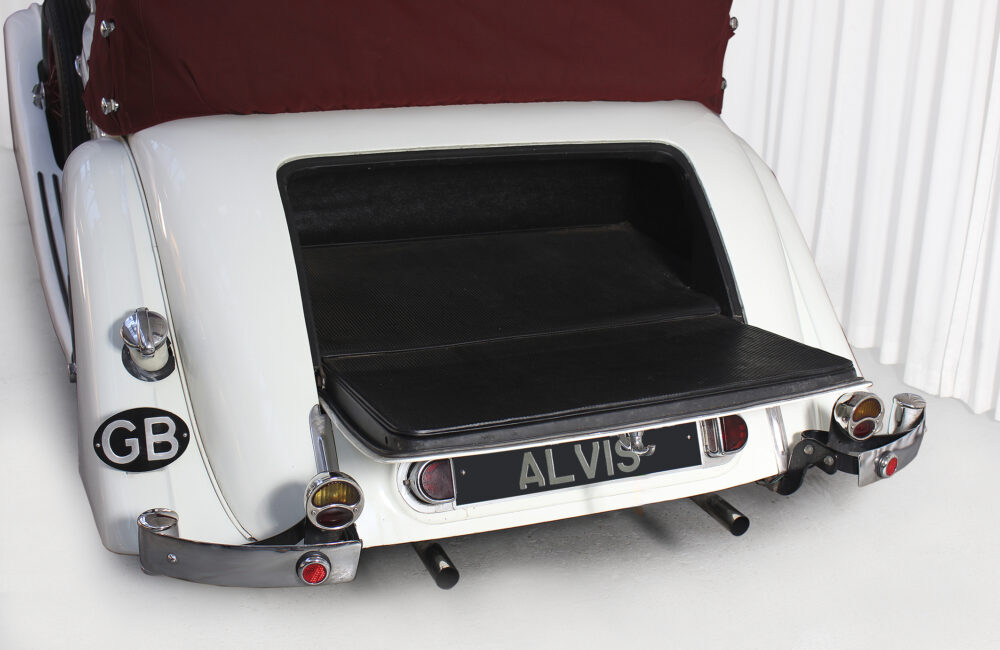 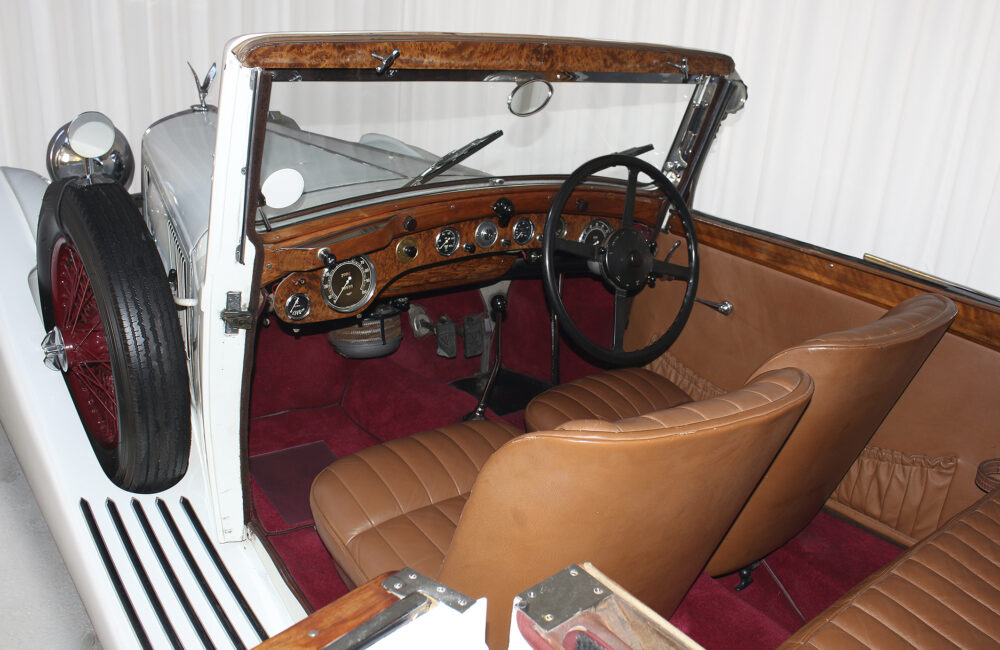 Leaving the Works on 23/1/37 despatched to Gaults of Glasgow the car is one of sixty two Charlesworth Drop Head Coupes  produced with less than half surviving today. This car  had long term ownership in Holland until 2013 when purchased and repatriated by the current/  fifth owner a prominent member of the AOC who  set about improving the car including extensive mechanical work in 2019 and the car has been correctly maintained subsequently. Regularly used with trips including Italy, Normandy ,The Isle of Man and the Lake District. At some stage in its history the car was fitted with rather fetching Mayfair front wings . The 3571cc six cylinder in line engine with triple SU carburettors provides a 115 bhp and with overdrive the car will cruise at 70mph at around 2850 rpm. This  excellent example of one of Alvis Car`s finest models  now awaits its new owner.