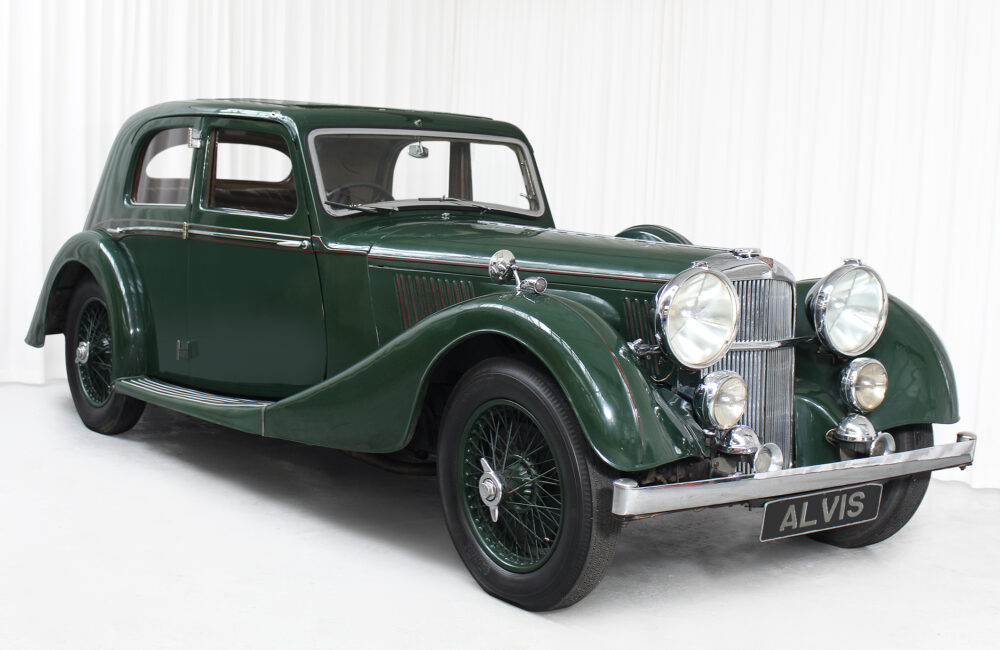 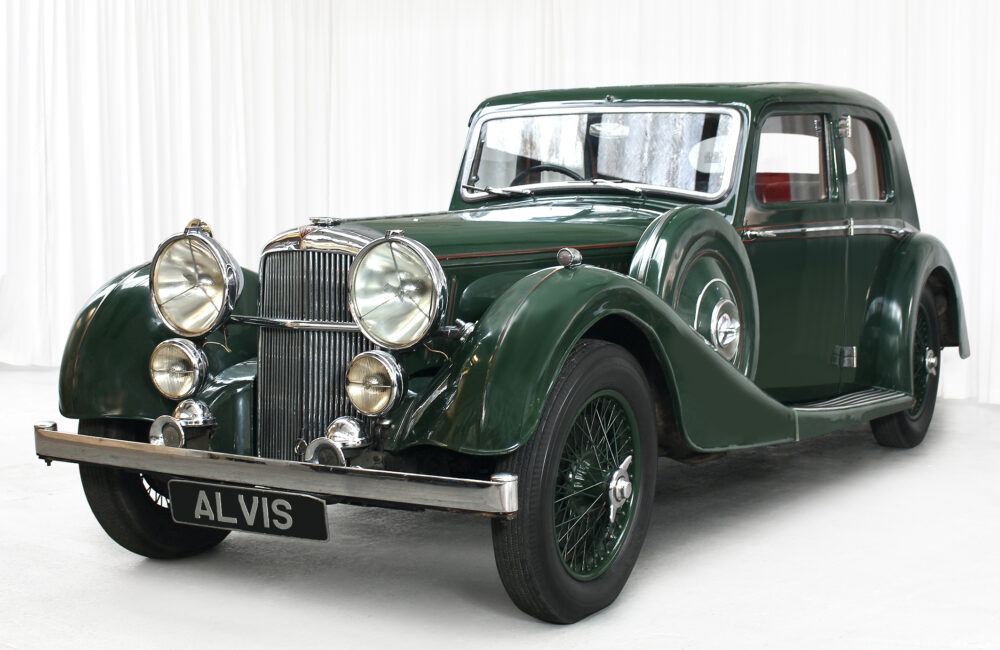 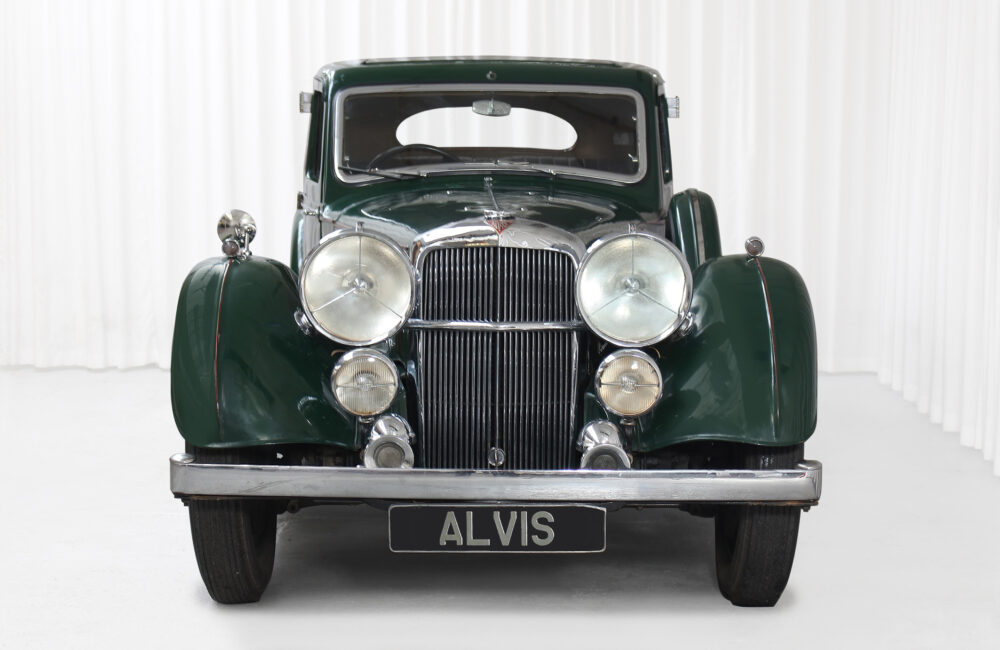 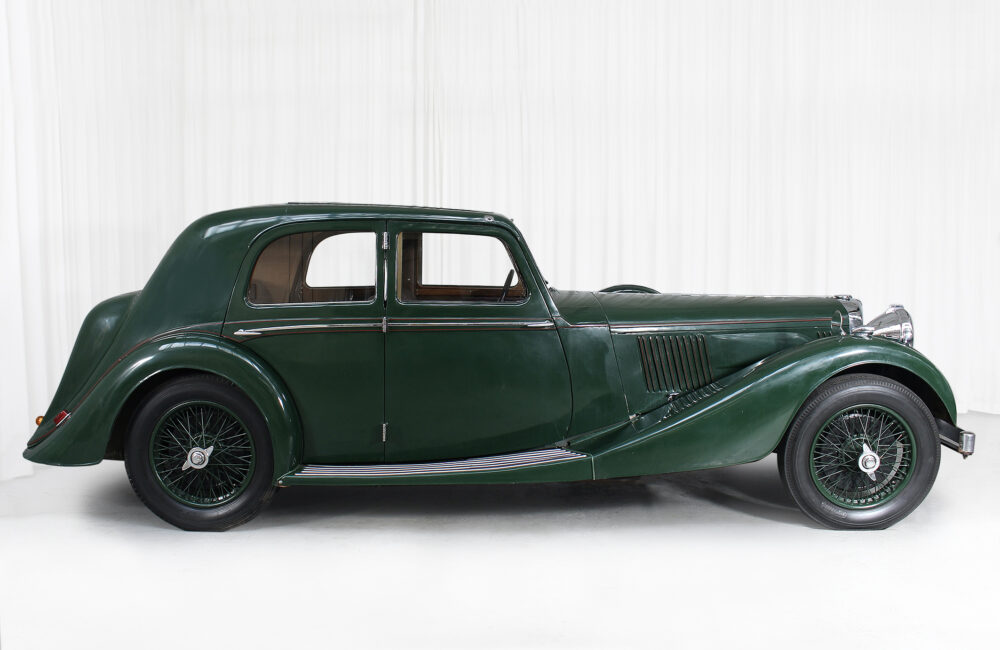 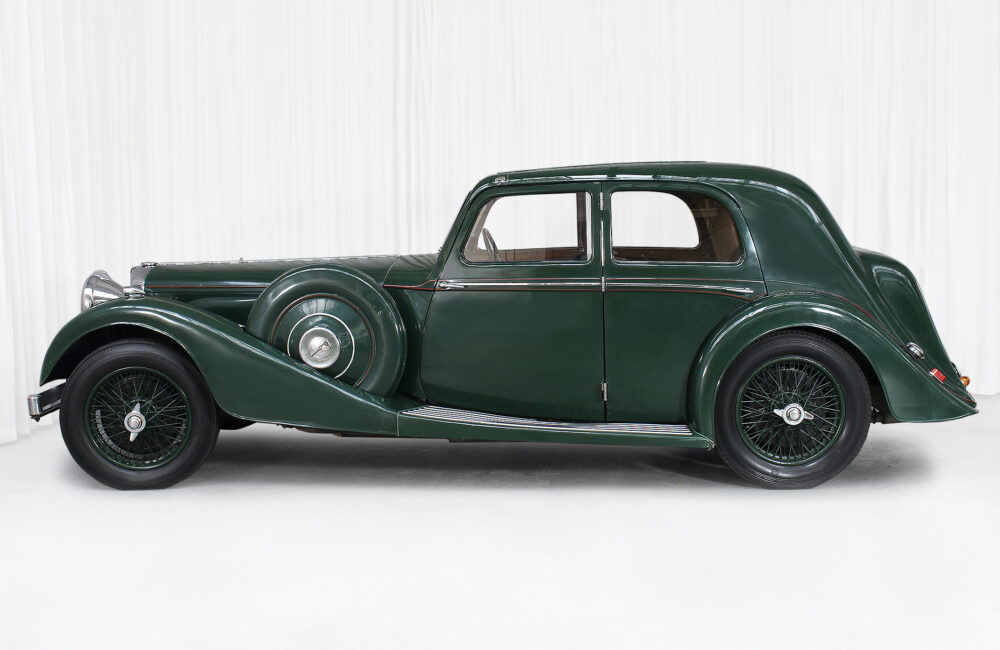 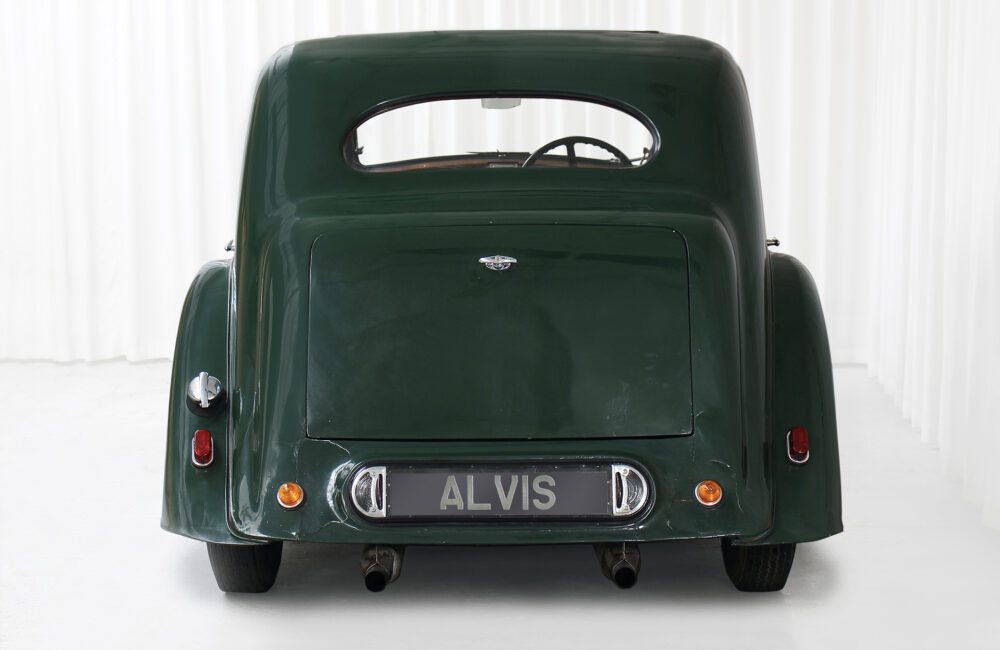 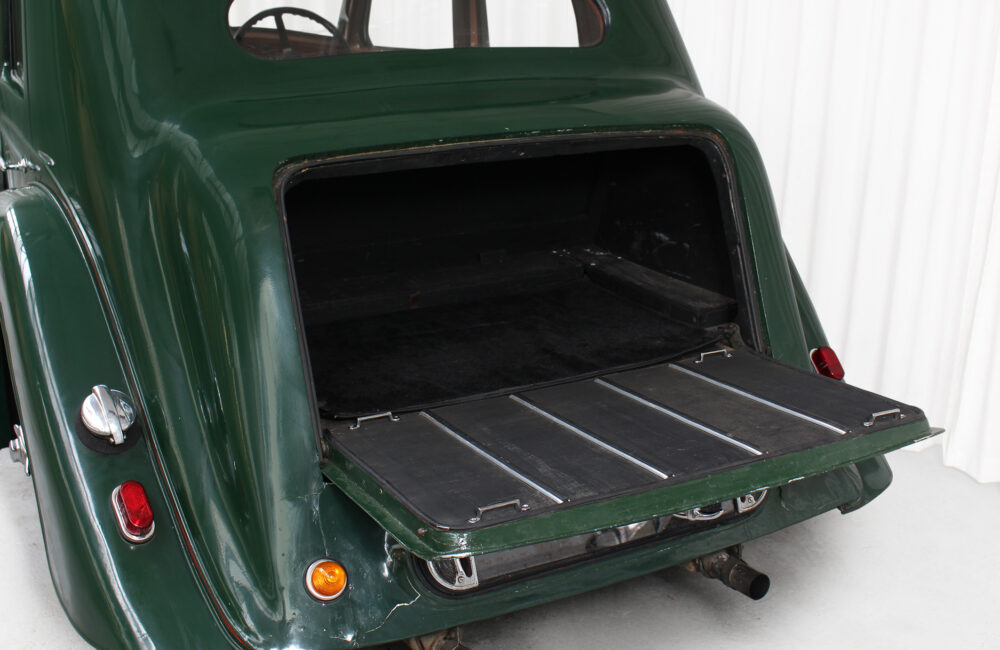 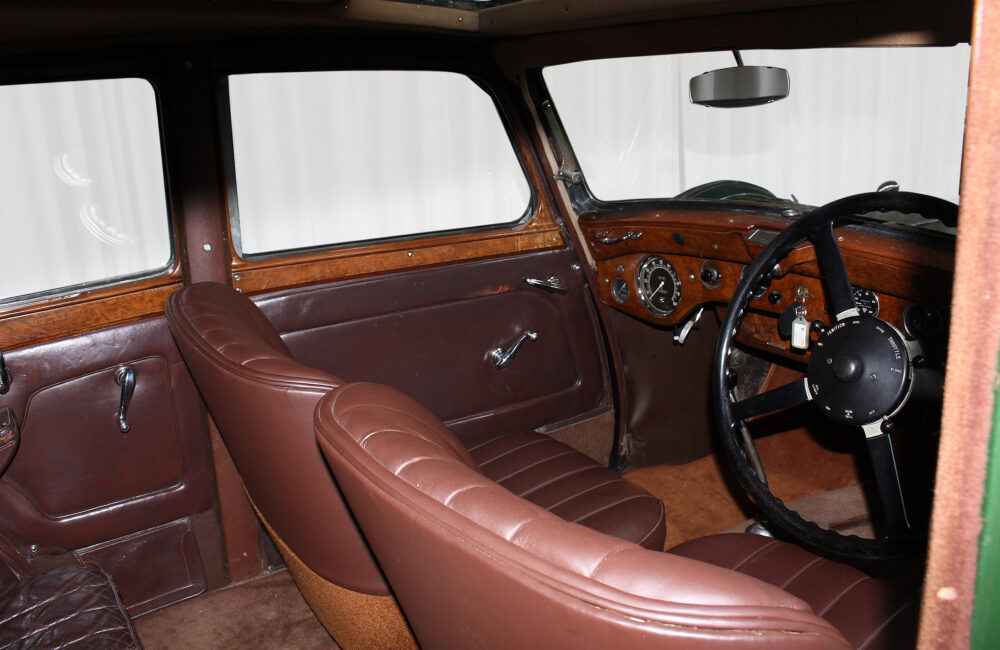 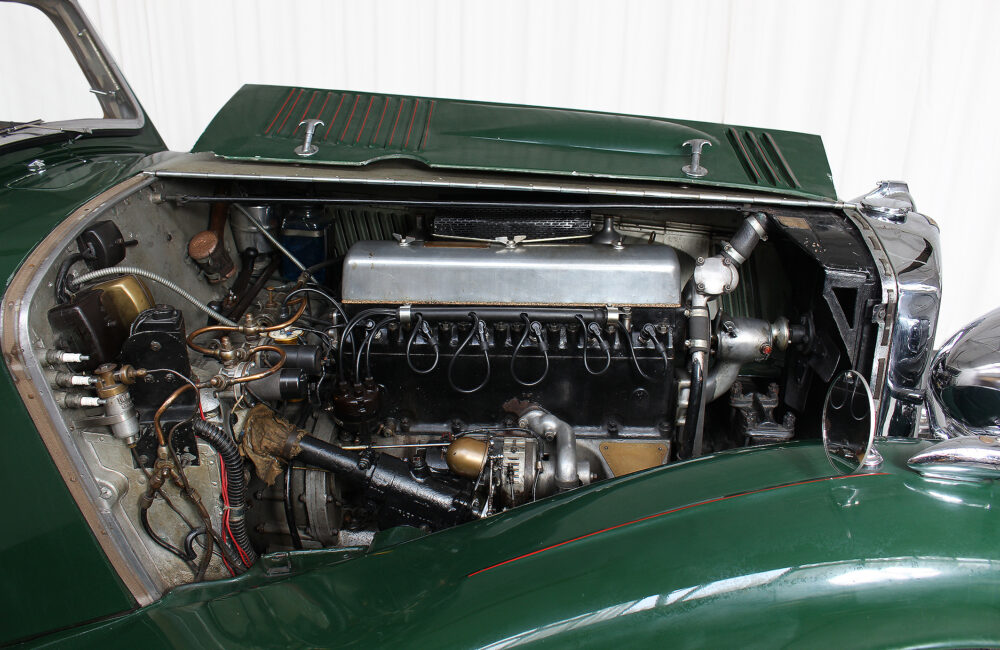 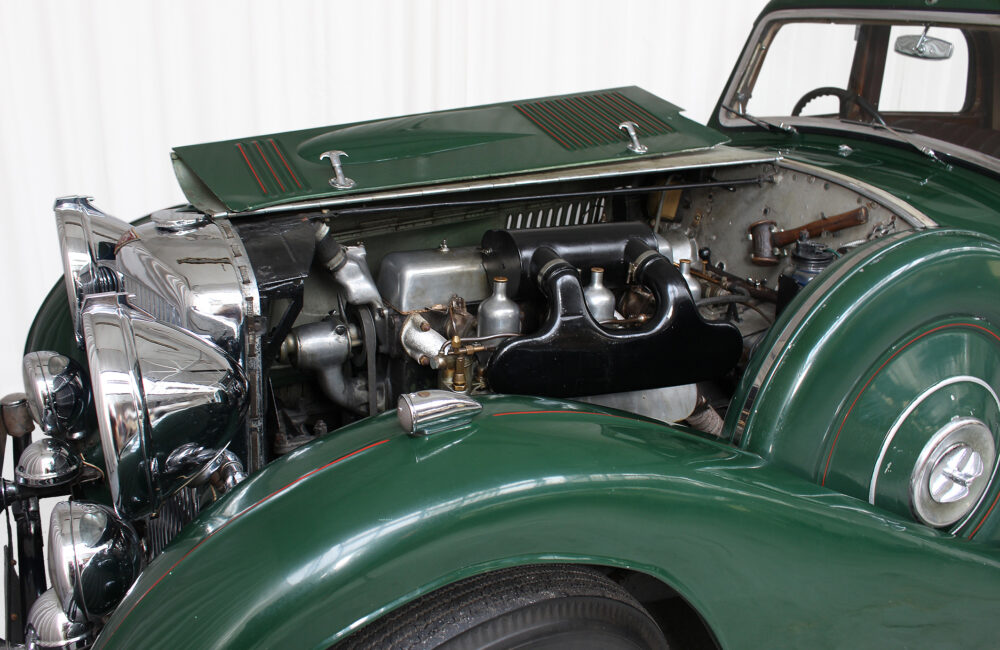 Leaving the works on 28th August 1938 to Flight Officer F.G.Large  this car seems linked to the air force with three of its only four owners RAF connected. The current owner purchased the car shortly after retiring from the RAF in 1978. An Alvis enthusiast who passed his Driving Test in a Speed 20, he has maintained the car as needed and it drives strongly with a nice throaty exhaust note. The bodywork shows its character ,not a show winner but ideal for someone seeking a delightful example of a Speed 25 with all the pleasure it provides. A very original car .the front seats have been recovered in matching leather but the car retains much of its original equipment.