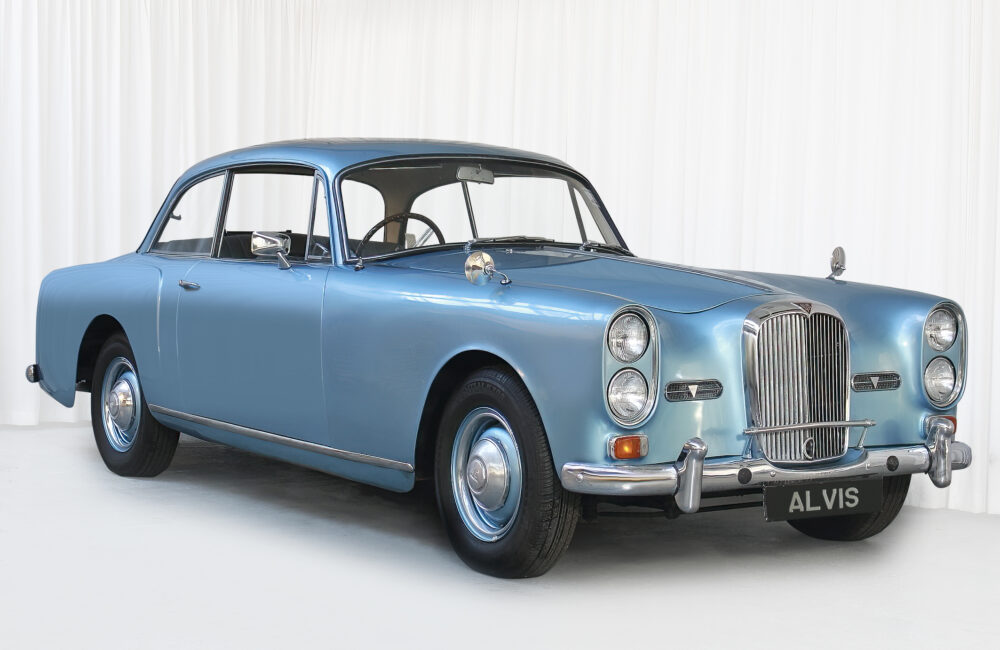 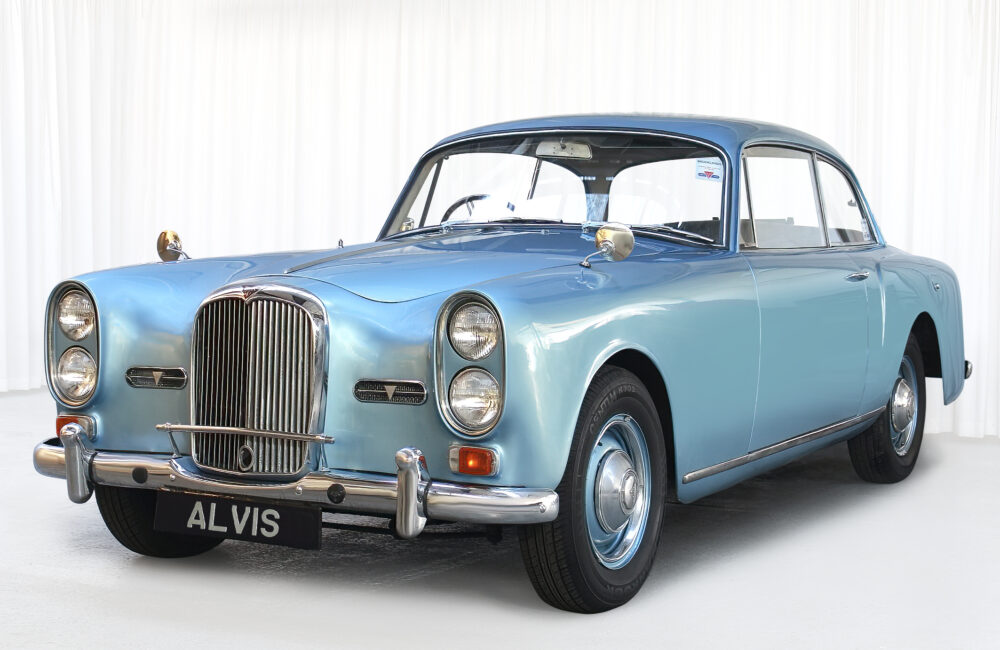 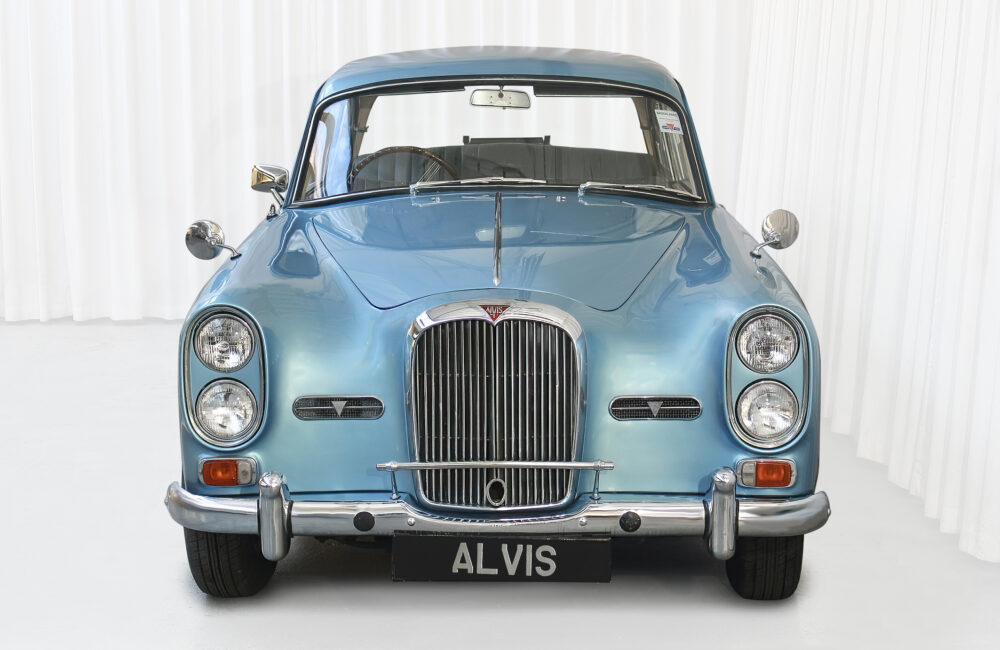 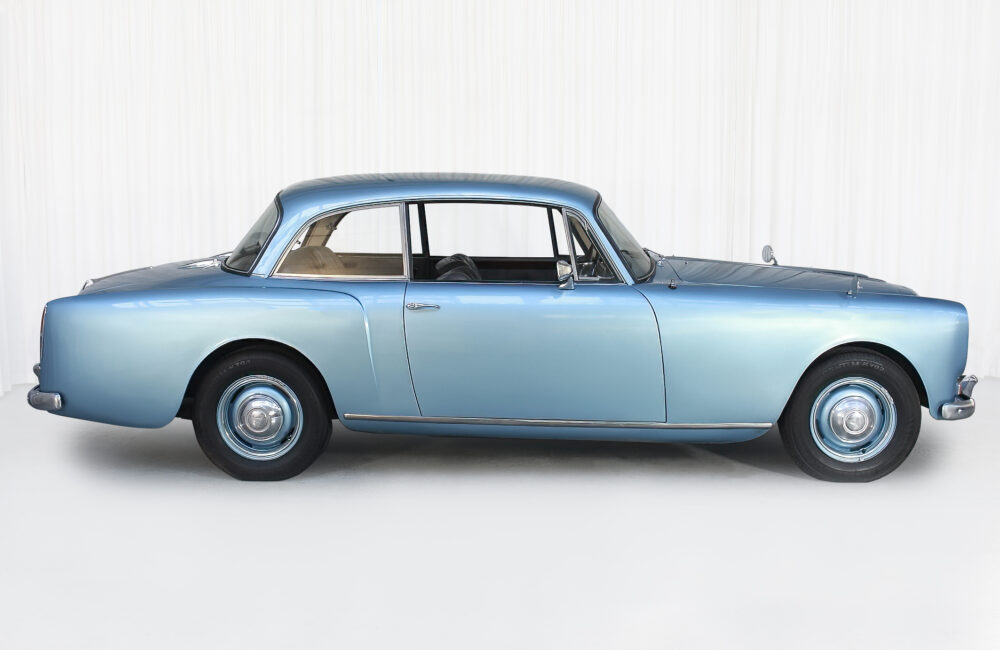 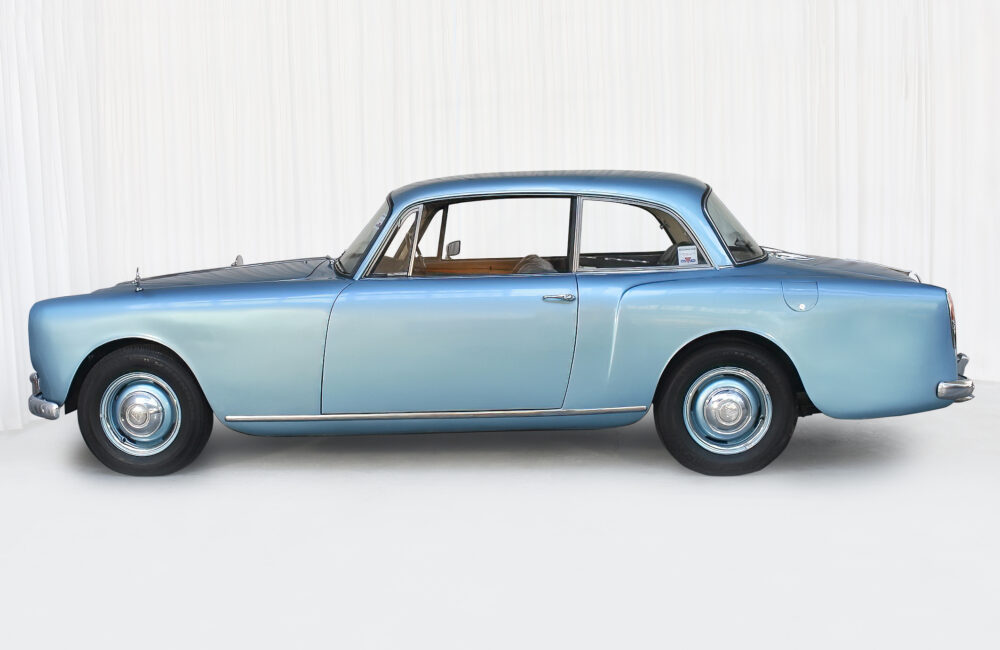 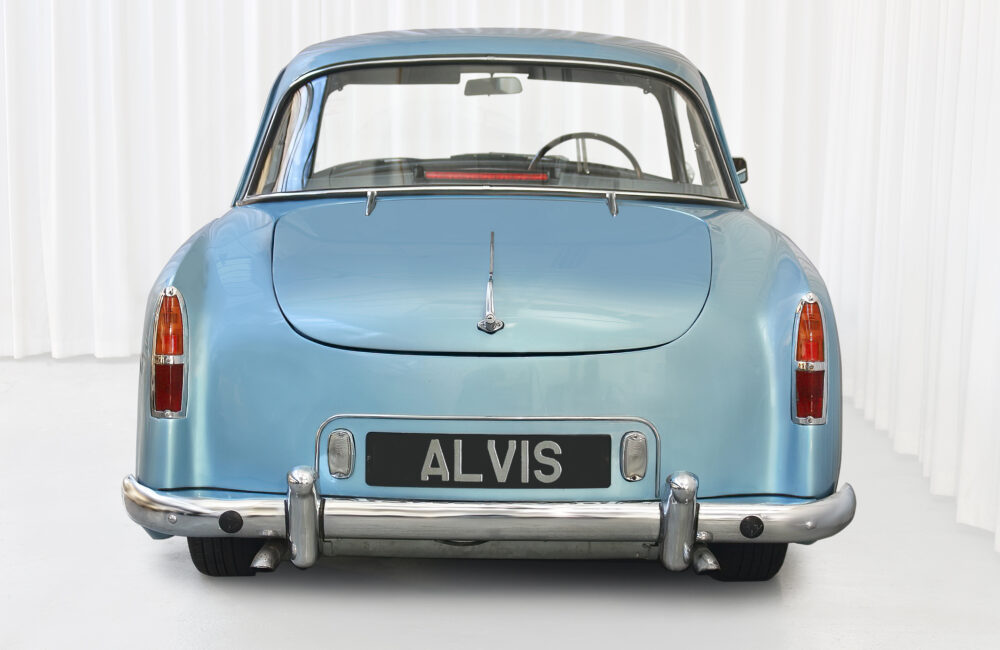 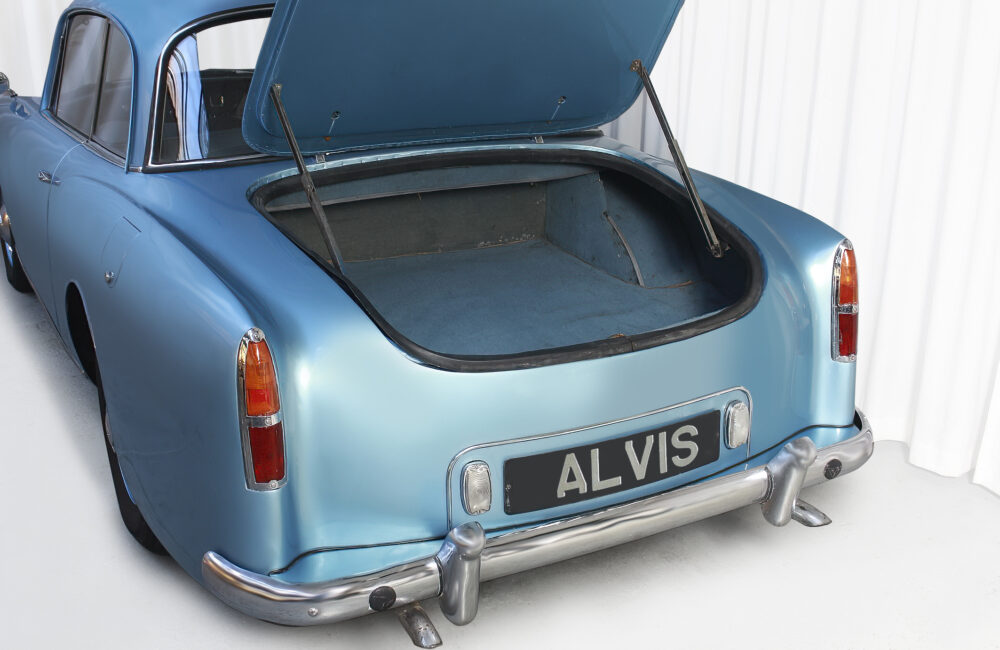 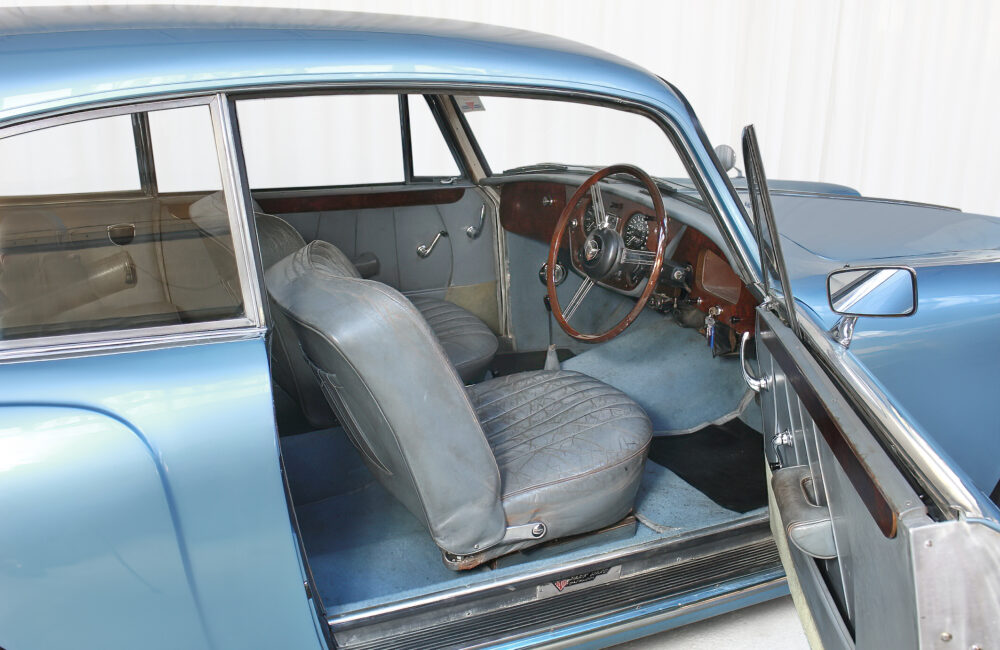 Following the successful TD came the improved TE, recognisable by the twin front headlights, of which 251 Saloons were produced. This car was completed on 4/4/64 and became the personal choice of Sir Edward Thompson, Chairman of John Thompson Ltd, Engineering of Wolverhampton. He changed it from Alice Blue to Seal Grey, complete with Private plates and chauffeur driven. Following  further owners and some hard times, a substantial rebuild, a change back to Blue then further inactivity the car has  been recommissioned and is roadworthy and ready for action. The uprated TE provides 130bhp from the twin SU fed three litre straight six engine and this model has the improved five speed ZF Gearbox.